Jim Samson is an internationally known musicologist, professor, and music critic. He has published widely on the music of Chopin, Liszt, and Szymanowski and on analytical and aesthetic topics in nineteenth- and twentieth-century music.

He joined the staff at Royal Holloway in 2002 as Professor of Music having previously been Professor at the Universities of Exeter and Bristol. He has published widely (including seven single-authored books, and seven edited or co-edited books) on the music of Chopin and on analytical and aesthetic topics in nineteenth- and twentieth-century music. He is one of three Series Editors of The Complete Chopin: A New Critical Edition (Peters Edition, in progress). In 1989 he was awarded the Order of Merit from the Polish Ministry of Culture for his contribution to Chopin scholarship, and in 2000 he was elected a Fellow of the British Academy. His most recent publications include The Cambridge History of Nineteenth-Century Music (Cambridge, 2002) and Virtuosity and the Musical Work: The Transcendental Studies of Liszt (Cambridge, 2003), which was awarded the Royal Philharmonic Book Prize in 2004. He recently edited a textbook with J.P.E. Harper-Scott, An Introduction to Music Studies, and is currently preparing a research project on Music in the Balkans. 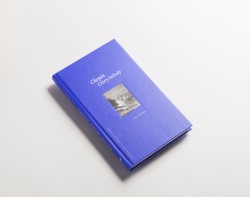