Jeffrey Kallberg (Ph.D., 1982, The University of Chicago), is a specialist in music of the 19th and 20th centuries, editorial theory, critical theory, and gender studies. Kallberg has published widely on the music and cultural contexts of Chopin, most notably in his book, Chopin at the Boundaries: Sex History, and Musical Genre (Harvard University Press). His critical edition of Luisa Miller, for The Works of Giuseppe Verdi (Casa Editrice Ricordi and The University of Chicago Press), has been performed throughout Europe and the United States at such venues as the Cincinnati May Festival; the Teatro alla Scala, Milan; the Rome Opera; the Nederlandse Opera, Amsterdam; the Bayerische Staatsoper, Munich; the Zurich Oper; the Oslo Philharmonic;  the Teatro San Carlo, Naples; Biwako Hall, Osaka; and Orchard Hall, Tokyo.  Kallberg is also the author of the articles on "Gender" and "Sex, Sexuality" for The New Grove Dictionary of Music and Musicians, 2d ed., (London, Macmillan, 2001). His current projects include a book on Chopin and the culture of the nocturne, an examination of the convergences of sex and music around 1800, and a study of Scandinavian song in the first half of the twentieth century.

Kallberg's reconstruction of Chopin's first sketch for a Prelude in E-flat minor for the eventual set of Preludes, op. 28, was the focus of a profile in The New York Times.  For a full account of this experimental work (set entirely over a series of trills in the left hand), see Kallberg's article in the British journal Early Music vol. 29 no. 3 (August 2001), pp. 408-422.  For a sound clip of this piece, click here.  (Thanks to Professor Jonathan Bellman, University of Northern Colorado, for providing this recording on very short notice.)

In August, 2005, the Palmer Theological Seminary in Wynnewood, Pennsylvania called upon Kallberg to identify and authenticate an autograph manuscript of Beethoven's Grosse Fuge (in the composer's arrangement for piano, four-hands) that was discovered in their library.  The 80-page manuscript, one of the last that Beethoven completed before he died, preserves fascinating evidence of his compositional thinking; its reappearance after some 115 years caused considerableexcitement across the musical world.  In December 2005, the manuscript sold at auction for nearly $1.9 million.

Kallberg served as production consultant for Monsieur Chopin, a play with music by Hershey Felder, which premiered at the Royal George Theatre in Chicago in the summer of 2005.

Kallberg was elected Vice President of the American Musicological Society for the term 2004-2006.  He was the Review Editor of the Journal of American Musicological Society and is presently general editor of New Perspectives in Music History and Criticism (Cambridge University Press). His awards for publications include the Alfred Einstein prize of the American Musicological Society (for best article by a younger scholar),  the Richard S. Hill award of the Music Library Association (for best article on a bibliographical topic), and the Stefan and Wanda Wilk Book Prize for research in Polish Music.  He received fellowships from the National Endowment for the Humanities, and the John Simon Guggenheim Memorial Foundation.  In 2004, he was the Rayson Huang Fellow at the University of Hong Kong.  He also has twice been guest of honor at the International Fryderyk Chopin Competition in Warsaw, Poland.

Kallberg speaks often at scholarly conferences and colloquia around the world, and frequently gives pre-concert lectures for the Philadelphia Orchestra. 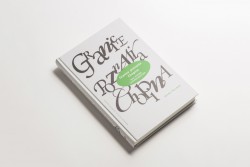