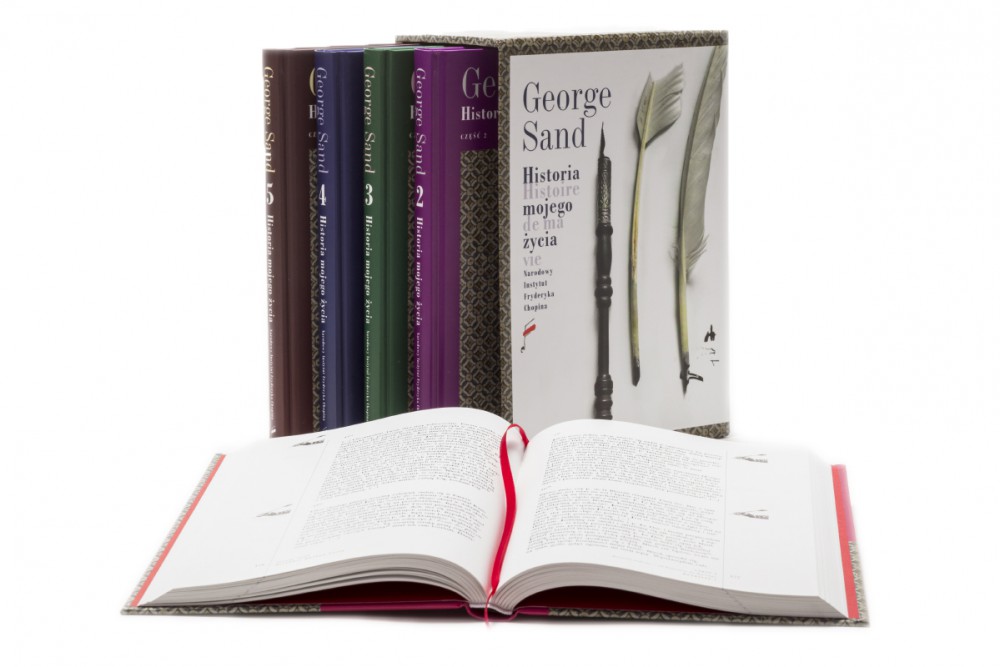 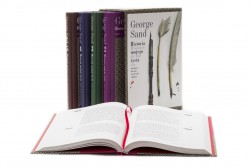 Almost 160 years after George Sand wrote Histoire de ma vie, the first full Polish edition of all five volumes has been published, as Historia mojego życia, in a translation by Professor Zbigniew Skowron.

‘It is a story of my life (not confessions) […]. So I will cause harm and pain to no one. I have enough to relate about my moral (as an artist) and intellectual life, without making the public my intimate confidant. My book will be serious and useful, yet I hope it won’t be boring, since I have a very clear, very calm and rather pleasing conception of it’.
From a letter written by George Sand to Charlotte Marliani, 22 December 1847

Part I, Historia rodziny do 1800 [Story of my family up to 1800], presents the writer’s family roots. The genealogical line on the father’s side is linked to Augustus II the Strong, king of Poland, whilst her mother was of low birth. George Sand considers the problem of sexual equality, condemns the terror of the Revolution and discerns the existence of a ‘secret history of nations’.
In part II, entitled Moje pierwsze lata. 1800–1810 [My early years. 1800–1810], the author describes her family’s further fortunes against the backdrop of fascinating historical events. Part III, Od dzieciństwa do młodości. 1800–1819 [From childhood to youth. 1800–1819], contains reflections on religion, literary and philosophical education, spiritual maturing and emotional sensitivity, and also a distinctive portrayal of France under Napoleon Bonaparte, observed through the eyes of a growing young woman. We find the forming of George Sand’s personality in part IV, Od mistycyzmu do niezależności. 1819–1822 [From mysticism to independence. 1819–1822], in which the writer comments on works relating to Christianity and ponders theories of beauty and truth. Here, she also describes her ultimately failed marriage, her return to Nohant and the figures who have influenced her life. She also adopts pseudonyms: Jules Sand, George Sand and Karl Sand. Finally, part V, Życie literackie i osobiste. 1832–1850 [Literary and personal life. 1832–1850], reveals the author’s literary successes and also her mental breakdowns, caused by difficulties in her life, her divorce and the effort of raising her children. Here we also find a profile of Chopin. The author does not write about the ‘storm’ of her split with the composer, but takes a rueful look at their relationship with the benefit of hindsight, stating: ‘My heart is a cemetery’.