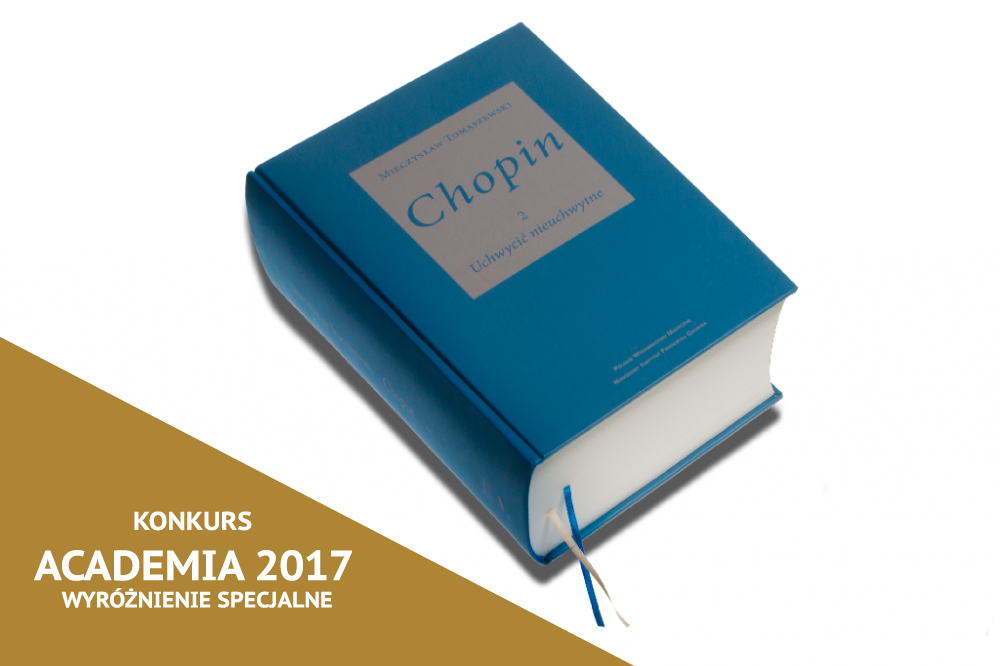 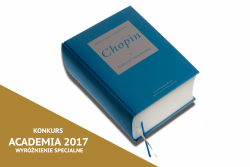 ‘The present volume, entitled Chopin 2. Uchwycić nieuchwytne [Chopin 2: Grasping the Ungraspable], follows in the footsteps of the first Chopin. Człowiek, dzieło, rezonans [Chopin: The Man, His Work, His Resonance], supplementing its content with threads awaiting further development. However, unlike the other work, it does not represent a unified whole. It was written – as a result of unremitting fascination with the phenomenon and the paradox of the nocturne and ballade composer’s œuvre – over the course of the past half-century.

[…] The infinitely abundant and diverse reception of Chopin’s music has – via concise verbal statements not infrequently going straight to the heart of the matter – become helpful in the accentuation of this book’s leading thoughts. The main thought is stated already in the title: to grasp even just a part of what is ungraspable in this uniquely captivating music.