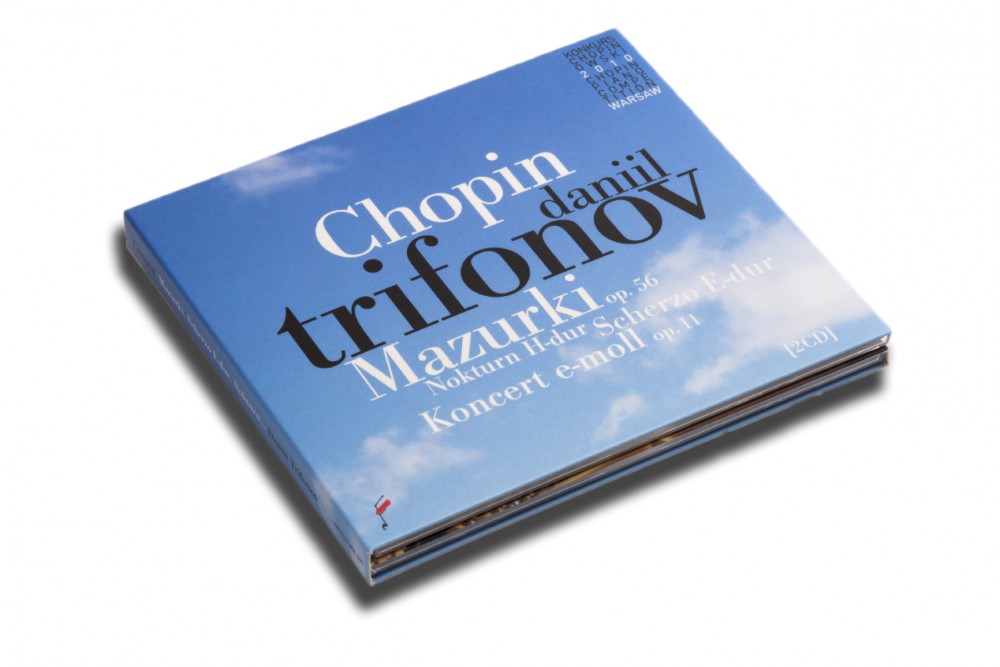 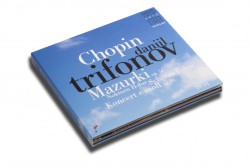 Daniil Trifonov, a nineteen-year-old performer, is one of the winners of the 16th International Fryderyk Chopin Piano Competition. He won the 3rd prize and a special prize of the Polish Radio for the best performance of mazurkas. Daniil Trifonov is a sensitive and subtle artist experiencing self-fulfillment via joyful virtuosity, adoring the pastel colouring of piano music. He is the continuator of the Russian tradition, a graduate of the Gnessin School of Music in Moscow. Since 2009 he has been studying in the United States at the Cleveland Institute of Music. His musical portrait from the competition recordings includes i.a.: awarded 3 Mazurkas Op. 56, Nocturne in B major, Op. 62 No. 1, Scherzo in E major, Op. 54 and the final Concerto in E minor, Op. 11.

All the performances were recorded during the 16th International Fryderyk Chopin Piano Competition but they are not merely its chronicle but a specially chosen revised and edited material in which the sound materials from the concerts of finalists and rehearsals were used.