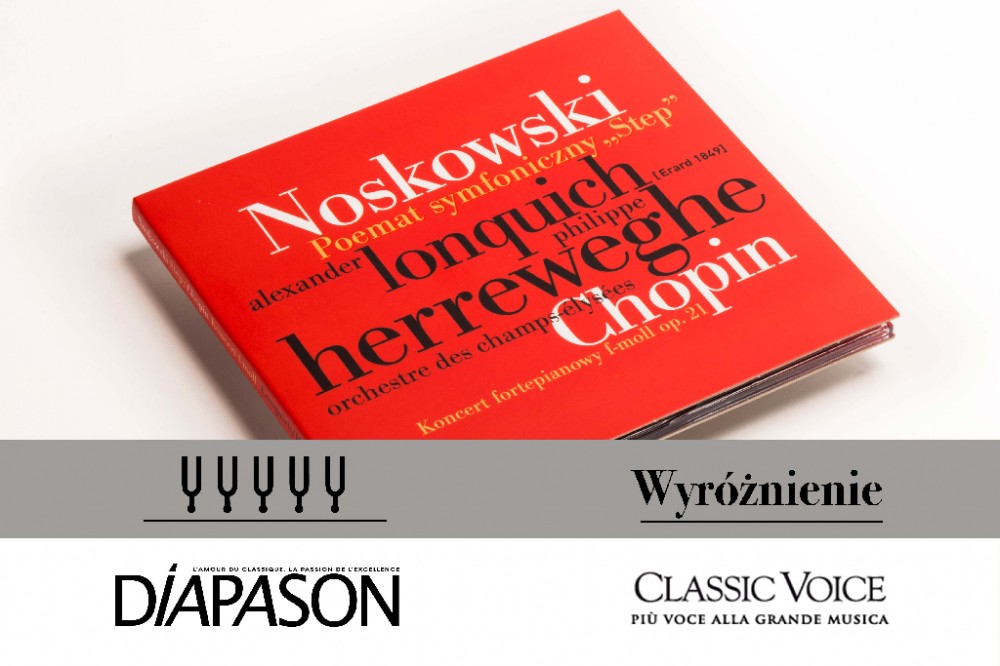 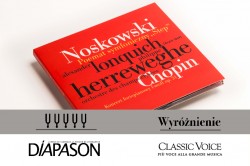 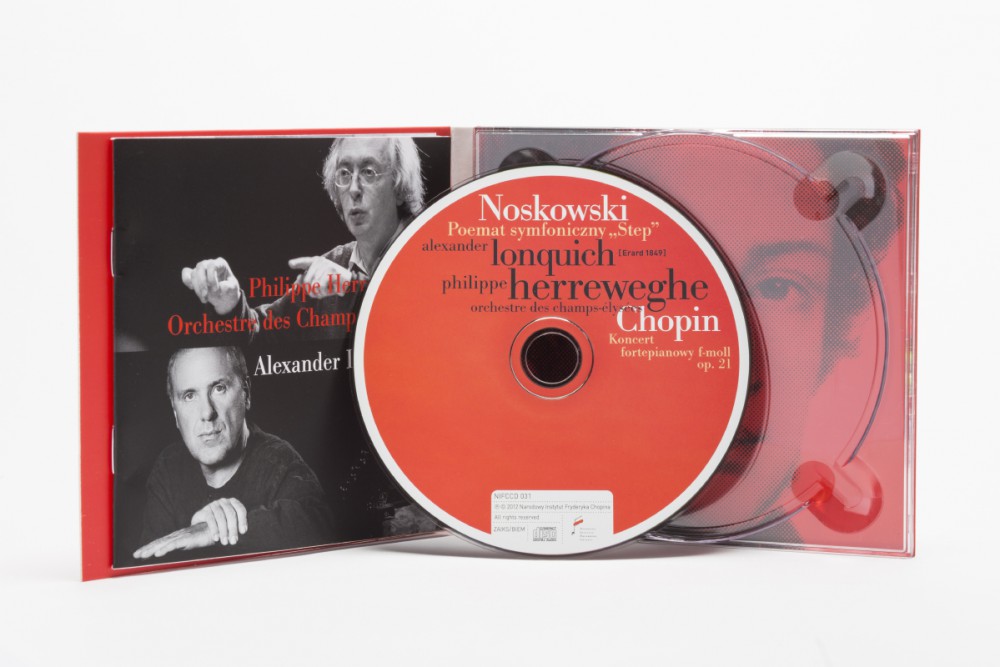 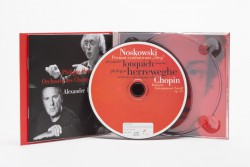 The album is a recording of the concert, which took place on the 18th of August 2011 in the Witold Lutosławski Polish Radio Concert Studio as part of the 7th festival Chopin and his Europe. Outstanding specialist of the period piano Alexander Lonquich, the Orchestre des Champs-Élysées from France and famous conductor Philippe Herreweghe created a wonderful musical experience, by joining the music of Chopin and Noskowski.

Recorded during the festival ‘Chopin and his Europe’ in Witold Lutosławski Concert Studio of Polish Radio, Warsaw 18 August 2011