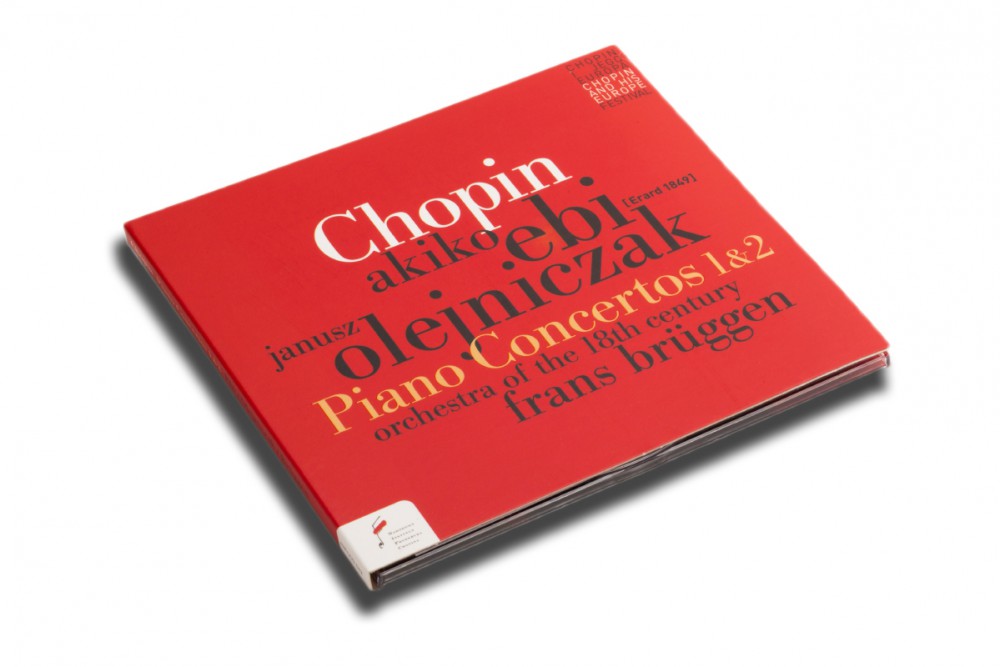 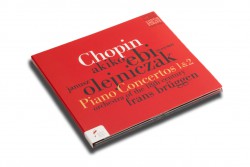 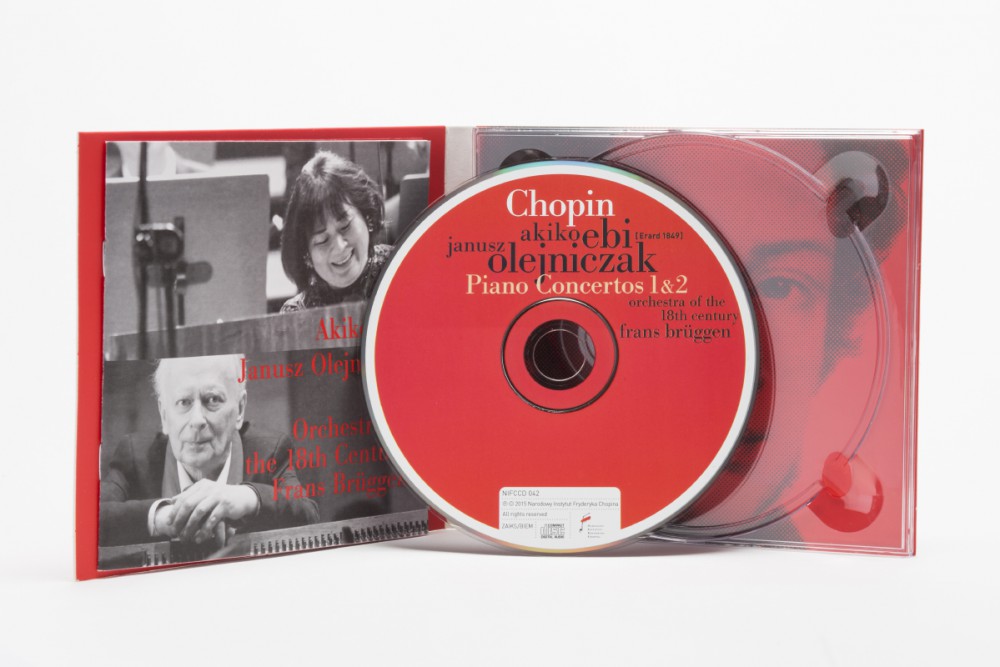 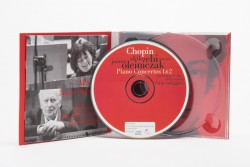 The latest disc in the Concerts Frozen in Time series contains both of Fryderyk Chopin’s piano concerti in the rendition of Janusz Olejniczak and Akiko Ebi, accompanied by Frans Brüggen’s Orchestra of the Eighteenth Century. The Concerto in F minor in the interpretation of Janusz Olejniczak was recorded during the Birthday Concerts series in 2010, while the Concerto in E minor in the interpretation of Akiko Ebi was recorded during the Chopin and His Europe Festival in 2013. Both artists – distinguished Chopin specialists, laureates of Warsaw’s Chopin Competition – play an Erard piano from 1849, held in the collections of The Fryderyk Chopin Institute.